Apr
02
I don’t know whether to be flattered that my 2005 interview with SNL’s Will Forte was mentioned in the April 2010 issue of Elle Magazine, irritated that it perpetuated the belief that it’s not hot for straight guys to knit or just plain entertained at the randomness of knitting being included in the same article about big screen’s favorite flubbing operative, MacGruber. I think I’ll choose the latter. Well, and my vain side will be secretly happy that I was referred to as “attractive” in a fashion mag (although the feminist side will whole-heartedly deny feeling that way ;-)).
Seriously though, thanks to Will for defending my honor by clarifying that his knitting intentions were a favor of the friendship and not sexual variety. You can see the trailer for his movie MacGruber (co-written with the equally awesome, John Solomon) on my husband’s movie review site, Smells Like Screen Spirit.
Hey, (writer of the story) Andrew Goldman, I challenge you to let me teach you how to knit. Are you man enough? 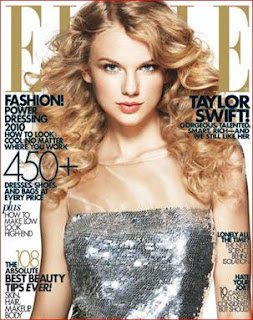 Read full article in Elle, on stands now.
Thanks to Margot Potter for letting me know about this story!
Craft.Rock.Love,
Vickie