Last night was the much anticipated premiere of HBO’s new series, Boardwalk Empire. The two-hour episode played like an epic film, artfully acted (I’m so thrilled that Steve Buscemi finally has a vehicle to call his own, and that the Dawson Creek kid–aka Michael Pitt– has another meaty role to add to the mix!), masterfully directed (of course, it’s Scorsese), and beautifully styled. The costumes were an essential of the latter including, a couple pieces of knitwear.

Kelly MacDonald as “Margaret” in a Basket Weave, Belted Cardigan 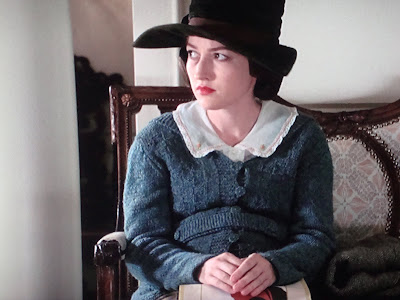 Aleska Palladino as “Angela” in a Eyelet, Triangle Shawl 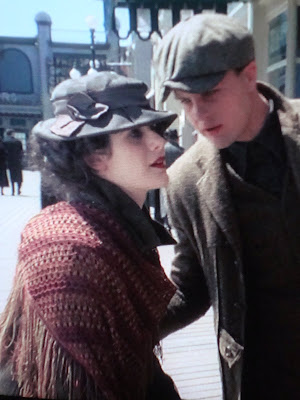 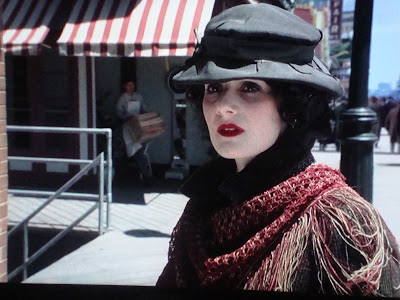