The underground railroad that is the Austin Craft Mafia’s preferred method of communication (very similar to a game of telephone, except with texts), got word to me last night that Knitty Gritty was going to be mentioned on the Style Network’s new show, The Dish.  Of course it was to make fun of the nerdiness of knitting but as I snorted and pushed up my proverbial glasses, I couldn’t help but be thrilled.  After all as they say, there’s no such thing as bad press! 😉

Besides, I’m always thrilled when: a.) the show gets noticed (even if it’s posthumously); b.) the brilliant Cat Bordhi (clip they used was from the Mobius show) gets a shout out; c.) Naughty Secretary Club jewelry gets screen time (the necklace and ring I’m wearing); and d.) clips are used of me from episodes shot during my “skinny stage”. 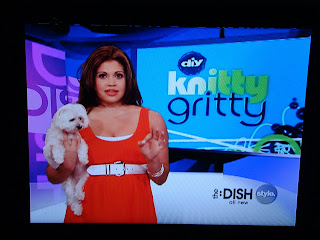 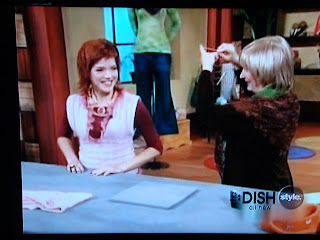 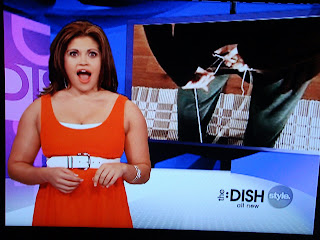 Seriously though, if you’re a fan of  E!’s The Soup (the likely muse for this show), you may dig The Dish, too.  The host, Danielle Fishel (who you might remember from her pre-teen days on Boy Meets World) adds a ton of sass to her sarcasm; a combo that makes her downright adorable.  I think as part of host to host relations, I should bring her over to the knitting dark side! 😉
The episode airs again I think, tonight @ 9 and several times throughout the week.
xo, Vickie