Greetings from Anaheim, CA!  I’m getting ready to head out for a day of meetings in demos but wanted to share with you some pictures from yesterday at CHA (Crafts & Hobbies Association convention).  Enjoy! 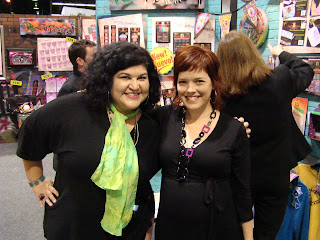 With Kathy Cano-Murillo, at the Duncan Craft booth where she’s promoting her line Crafty Chica. 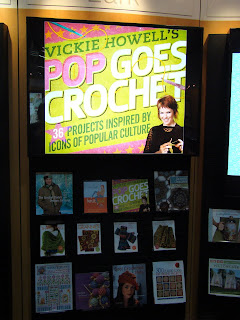 Promo poster in the Sterling/Lark Publishing booth for my May ’09 book, Pop Goes Crochet. 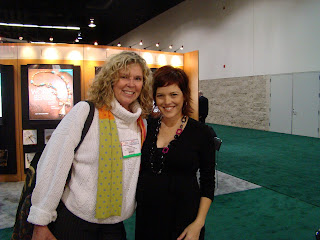 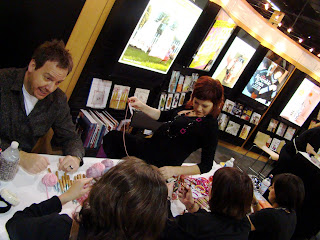 Drew and I teaching how to crochet beer cozies & bangles, at the Sterling/Lark booth. 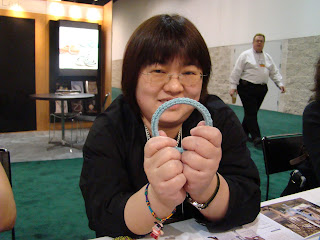 A student posing with her finished bangle. 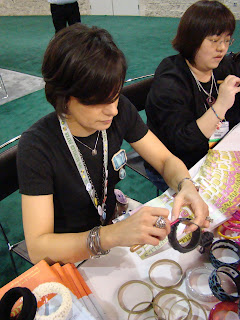 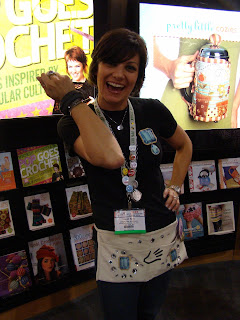 Leigh-Ann pleased as punch that she learned how to crochet. 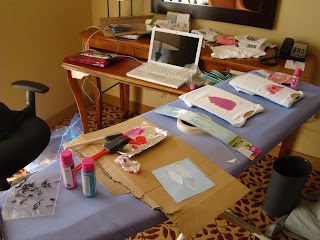 I snuck out of the convention for a bit to avoid the Paris Hilton appearance (to promote her craft line) craziness, and do a little in-hotel crafting for Tuesday’s Tulip paint demo. 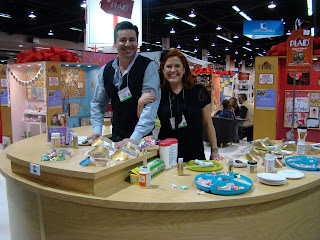 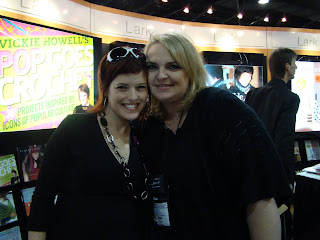 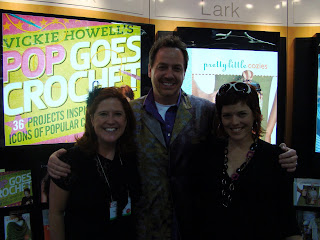 With Cathie Filian and Drew Emborsky (aka The Crochet Dude) at our publisher’s party. 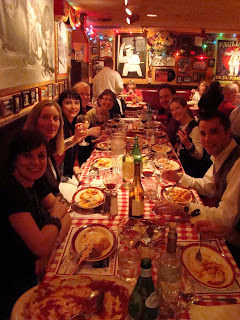 Publisher/author dinner at Buca Di Beppo in Anaheim.
Ok, off to Day 2 of CHA.  Check back here (RH column) for Twitter updates, throughout the convention!
xo,
Vickie